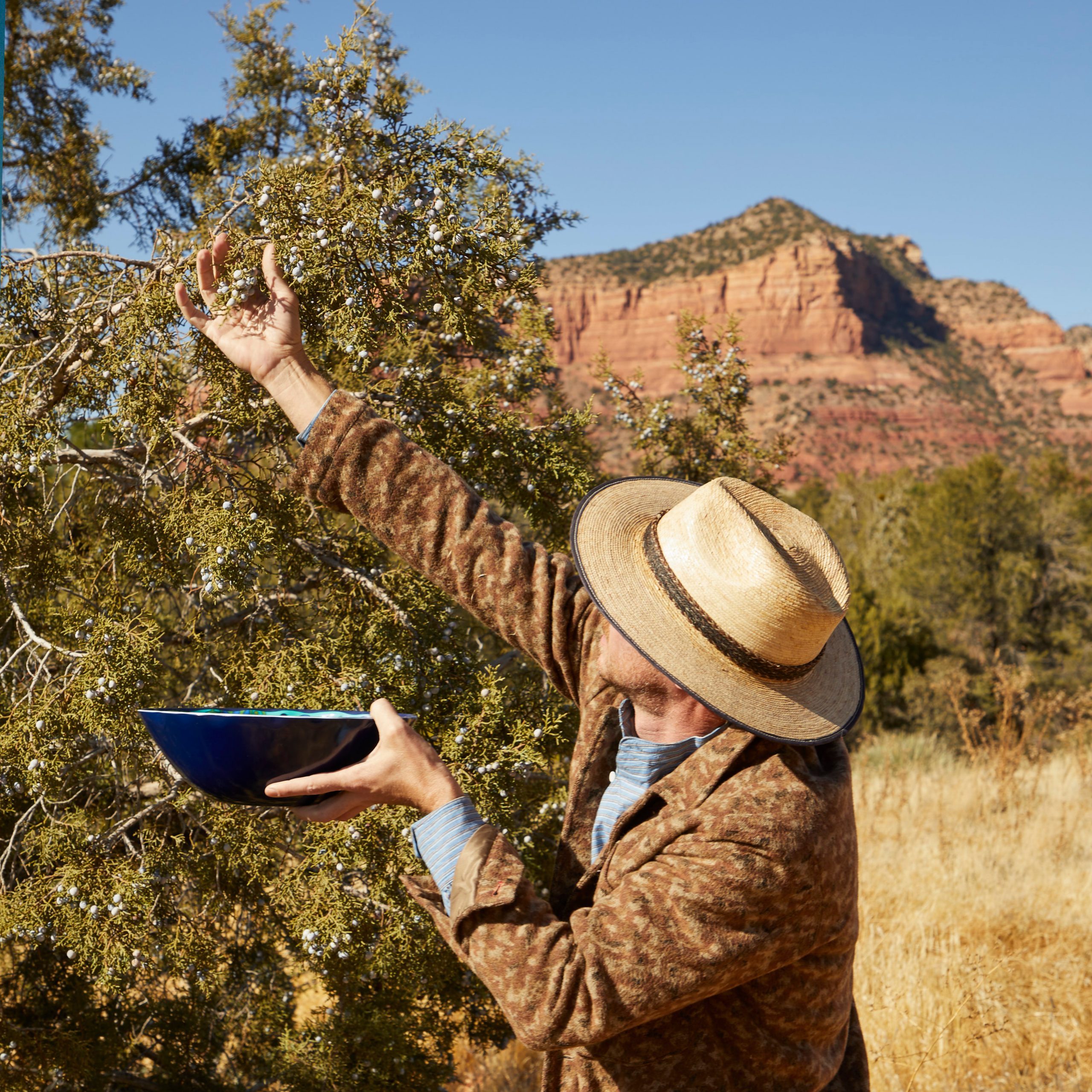 Our approach to spirits is similar to our approach to wine. We find that the most soulful, inspiring projects are those that are born of culture, center humanity, and respect Mother Nature and her ecosystems. While sticking with this ethos, we have come across both ancestral distillates and innovative, category pushing expressions. We know that a good spirit starts with intentional agriculture and fermentation applications, and finishes with cultural respect and community care. As we continue to build this extension of ZRS and source spirits globally, we hope to center cultural nuance and challenge the perception of what a good spirit should be.

Distilled from grains or malt and juniper with additional botanicals. Minimum 35% ABV, no added sweetener. Most closely associated with London where gin was famously produced and consumed, using juniper and other foreign botanicals, often spoils of the British Empires colonization and subsequent spice trade. Currently, London Dry Gin doesn’t have to be produced in London.

Comiteco is Mexican spirit produced in the southern state of Chiapas based on the fermentation of the aguamiel (or agave sap) of the maguey Comiteco (agave Atrovirens Haw), native to the region around the city of Comitán de Domínguez, Chiapas. One could say that it is the missing link between pulque and mezcal. This variety of agave from which Comiteco is made was cultivated by the Tojolabal indigenous community and, prior to the arrival of the Spanish, it was used to produce an alcoholic drink without distillation; only fermentation. Comitán is built on the ruins of the Mayan city of Balún Canán which Aztec warriors reached and conquered briefly around 1458 (perhaps bringing with them the art of pulque production typically associated with central Mexico). For Comiteco production, the sap is decanted from the hollowed-out heart of the live plant to produce a drink similar to pulque which is then distilled. It is not in the same category as mezcal, tequila, bacanora, or raicilla because these all are made from the fermentation/distillation of the cooked piña (heart) of the agave. Comiteco was a popular drink throughout the Spanish colonial era – even winning spirits tasting competitions in Spain in the 19th Century. Production increased and reached industrial levels starting around 1910 with volumes almost on par with those of tequila by the mid 20th century. However, in 1965, the government introduced heavy taxation on alcoholic beverages that began its slow descent into obscurity. To complicate matters, the producers and farmers never properly planned the replanting of the maguey Comiteco and massive shortages caused the industry to augment agave with sugar cane during the fermentation phase. The threat of extinction eventually led the Secretaria de Agricultura (Agriculture Ministry) to ban Comiteco production in the late 1960’s leading to its additional decline. The only production that remained was small-batch, artisanal ones made by families for personal consumption. In the 1970’s, various companies took matters into their own hands and started to replant the agave Atrovirens Haw, such that by the 1990’s the Secretaria de Agricultura lifted the ban and reauthorized Comiteco production. While it is generally accepted that distillation arrived to the Americas with the arrival of the Spaniards, there is ongoing research to support the presence of pre-colonial distillation.

Destilado de Pulque, also historically referred to as Mezcal de Pulque, dates back to the early days of the Spanish colonial era and of distilled spirits in Mexico. Pulque is the pre-Colonial agave-based drink that is made by fermenting the agave sap (known in Mexico as aguamiel). There is not much historical writing on the early years of mezcal production or those of other agave spirits leaving some speculation and debate on the origins and possible earliest dates for destilados de pulque. Some claim it as an obvious precursor to mezcal as it would be logical for a creative and entrepreneurial alchemist to try to distill a fermented product with a high concentration of sugars, such as pulque, to see what the resultant spirit would be like. Others claim it came later as a way for producers to capitalize on pulque that is about to go bad. Instead of throwing the product away, it would be returned to the haciendas pulquerias to be distilled and resold as destilado de pulque. One thing we all agree on is that the destilados de pulque went into obscurity with the decline of pulque itself in the early 20th century due to the rise and popularity of beer.