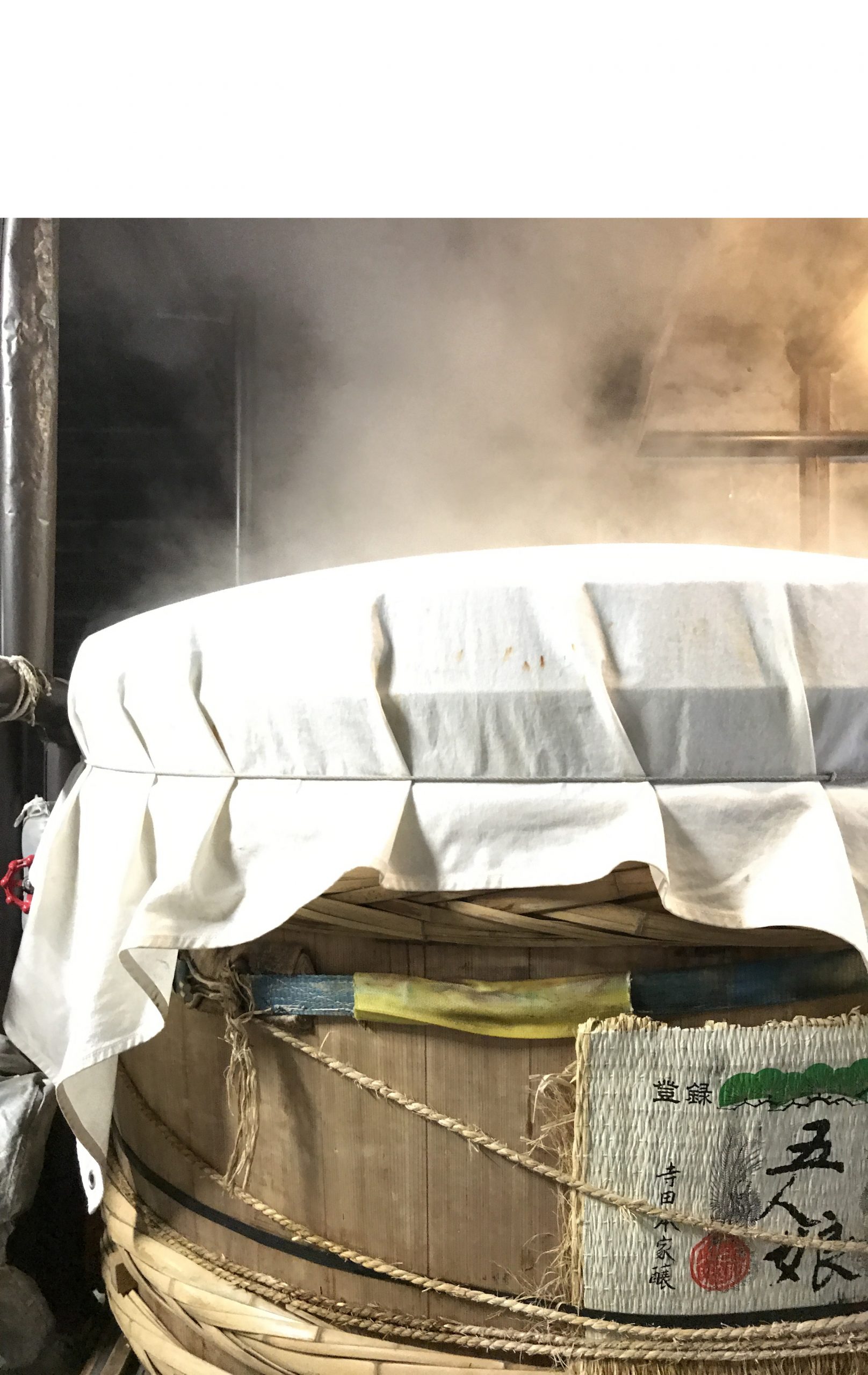 ‘Pure sake’ (junmai or junmaishu) is a modern, postwar term, and in many ways, connects to the term ‘natural wine’. In both cases, they are terms that advocate limited /minimal intervention beverages. Just like ‘natural wine’, ‘pure sake’ is a term that arose as a reaction against postwar industrial and chemical practices in sake brewing. The addition of sulfites and commercial yeast in wine is paralleled in sake by the addition of distilled alcohol.

The addition of distilled alcohol during the brewing process is a wartime invention at the command of the Japanese Army – during the occupation of Northeast China in the 1930’s, colder temperatures would freeze the sake. When the war in the 1940’s escalated to a world war and the supply chain was disrupted, rice became a scarce commodity. The sake industry was instructed to produce as much sake out of as few grains of rice as possible – hence the addition of distilled alcohol. Adding distilled alcohol makes the product cheaper to produce and allows the brewer to further expand the volume by adding large amounts of water. In turn, the final drink is very dry, harsh, and basically tasteless, which prompts the addition of sugar and monosodium glutamate to make it more palatable.

After a complete absence from the 1940’s to the 1970’s, a resurgence of pure sake began to take shape, and a small but steady infrastructure of  producers, retailers, restaurants, and bars came into place. The market share of junmai sake versus alcohol-added sake (honjozo) remained very low until a boom in the 2010’s where it now makes up 30% of the entire market. Sake producers and consumers alike have made a definite shift and grown more akin to pure sake.