Alexandre Jouveaux once worked as a fashion photographer for Chanel, but left Paris in 1995 to begin his journey toward becoming a winemaker in Burgundy. He made a living as a teacher at the local wine school as he slowly purchased enough vines to start his own domaine.

While Alexandre could apply for “Appellation Macon” recognition for his wines, he has such distaste for bureaucracy that he chooses to label the wines as “Vin de Table”. He maintains a minimalist approach in the vineyard, working organically, harvesting by hand and choosing not to fine or filter the wine.

His production is incredibly small (6,000 bottles total) and his wines are becoming more popular each year (Anne Claude Leflaive is among his fans), meaning that until he can find more vines that are up to his standards, there are fewer and fewer bottles to go around.

The wines themselves can be incredibly reductive for the first few years in bottle, but when they resolve after 3-4 years they are exploding with freshness and brilliant acidity. These wines are incredibly pure and genuine expressions of both Chardonnay and the terroir of Macon. 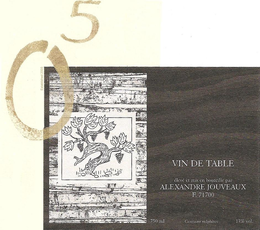 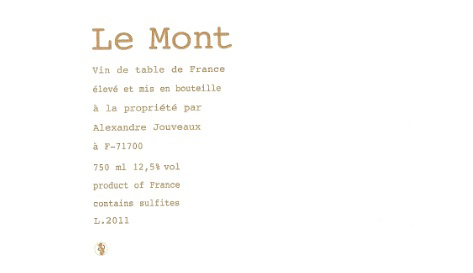