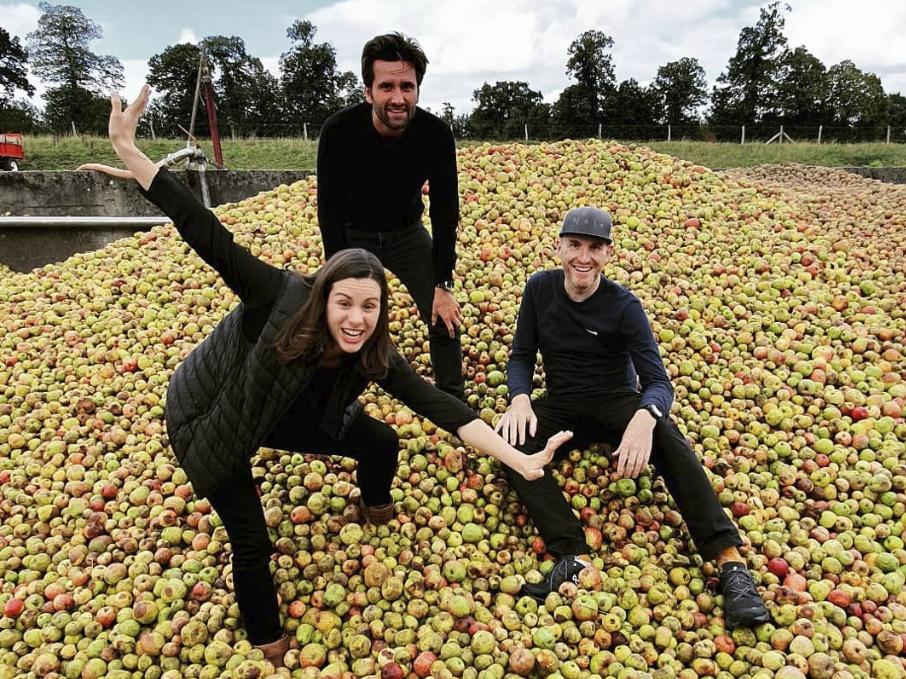 Avallen is a young reinterpretation of the classic Calvados from northern French Normandy. This apple brandy is entirely produced in the Manche department and is made according to standards of the AOC Calvados. Made with 40 different varieties of apples and without any artificial sweeteners, it is a natural and refreshing take on the traditional “Calva”.

It is as natural as it can be. Avallen founders Stephanie and Tim wanted to create a tasteful drink as ecological as possible. And they succeeded. With that goal and their deep love for bees and nature in mind, they designed every step of the production to be respectful of nature. From the sustainable orchards to the ecological labels and bottles, everything was made to reduce water consumption and the carbon footprint of the drink. Thanks to the apple trees, that naturally capture CO2 from the atmosphere, each bottle of Avallen is CO2 positive: it generates less carbon dioxyde to produce it than can be captured by the apple trees in the company’s orchard.

The entire production process is done by the Distillerie Coquerel which have been striving to reduce water and fuel consumption in the past years.