Hervé Ravera is an excellent example of what has been described as a second career winemaker. Before he was a vigneron in the Beaujolais, he spent several years as a nurse, but he had always been drawn to nature and farming. In 2007, his interests outside of medicine became more and more consuming. He ultimately left nursing and bought an old house surrounded by 2 ha of old gamay vines in the tiny village of Marchampt in the Beaujolais.

Hervé works biodynamically and plows his steep slopes with the help of his horse (hilariously named “Reggae Nights”) The grapes are harvested with the help of friends and family and fermented whole cluster in concrete without any additives and then pressed via a massive, 100 year old press in the winery that’s attached to the house.

In a world where the top wines of Beaujolais seem to be becoming more extracted and dense, Hervé’s wines have a transparency and purity, while still maintaining the varietal character of gamay. 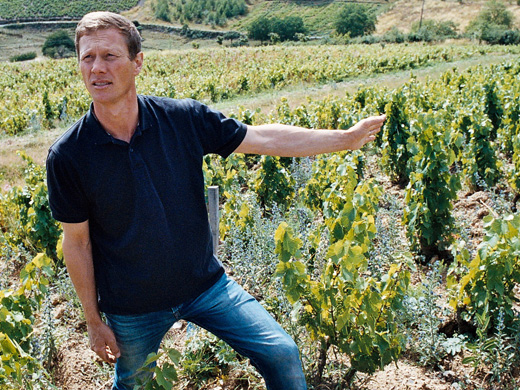 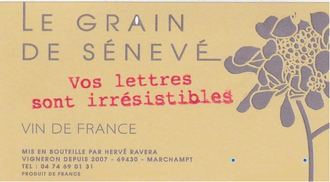