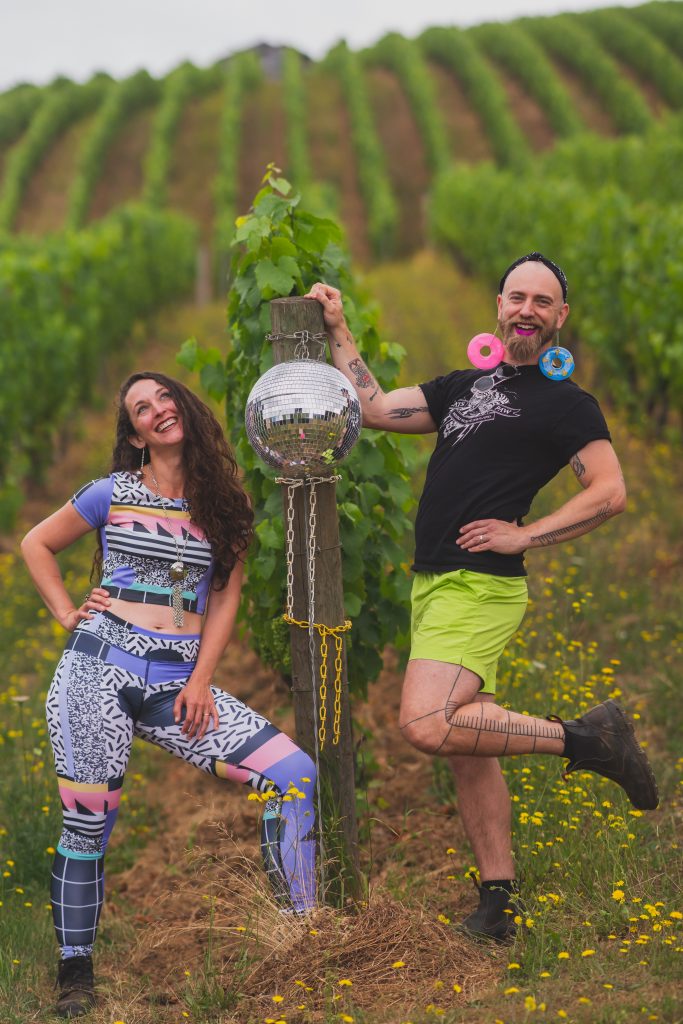 Statera Cellars is owned and operated by two friends, Meredith Bell and Luke Wylde. Their mission is to make delicious, honest Chardonnay from the most distinct vineyards in their region. They are the first winery in the Willamette Valley to exclusively make Chardonnay—they love the grape and want to showcase its potential and diversity in the Pacific Northwest. Their wines are made using natural and traditional winemaking practices, resulting in wines that are compelling and markedly alive. All of their fruit is sourced from vineyards with whom they have long-term contracts with, sometimes empowering these growers to transition to organics, while ensuring that all of the workers associated with their project are paid a living wage.

Both Luke and Meredith make a bit of wine on their own in addition to the wines they coproduce for Statera.

Meredith produces EST. She believes that wine is made in the vineyard, through meticulous and conscientious farming. All wines come from their four acre vineyard in Clackamas County, in the eastern Willamette Valley, co-farmed by Meredth. Pinot noir and Sauvignon blanc planted in 1982 on their own roots, grow in deep Jory soil. The low intervention winemaking allows the vineyard to speak through the wine. With nothing added, except for SO2, and nothing taken away, both time and place mark EST wines.
Lares
is a form of creative exploration for Luke. This small label gives them the space to lean on what they’ve learned over the years and to create new things because of that experience. Ultimately, they want to make wine in their own way, in a style that’s not dictated by representations of anything but their own curiosity. Working with grapes that are either new to them as a winemaker or using them in ways unfamiliar to my winemaking acumen.
More info here
CUVÉES